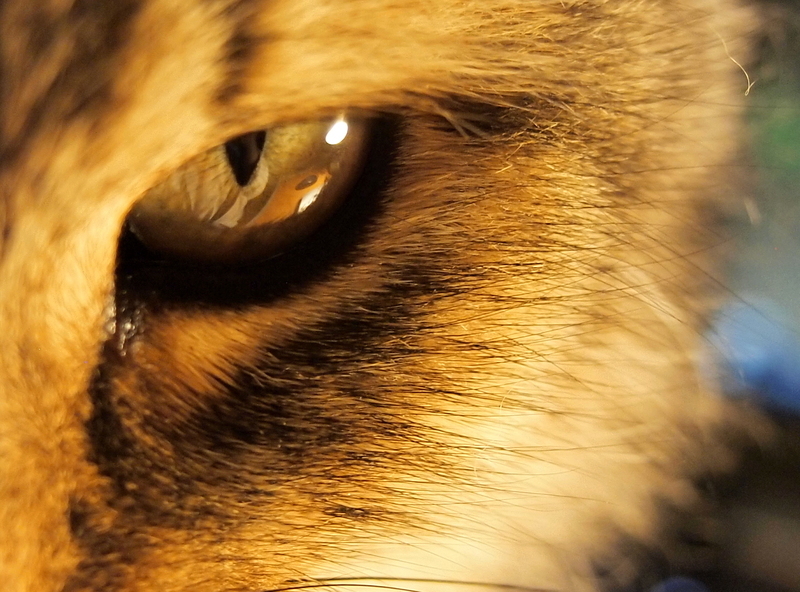 Google “slow blink cat” and you’ll shortly get dozens of results purporting that this behavior–where the domestic animal shuts its eyes intentionally and slowly, while looking at someone–is a deliberate act of affection on behalf of the animal. If this cursory search were all you had, you wouldn’t doubt it–indeed, I’d taken it for granted myself for many years that this was the truth.

The sites in the results page sport names like catwisdom101.com, petful.com, and you’ll even find commenters extolling the virtue of exchanging these slow blinks with their cats in the comment section of the personal blog of Jackson Galaxy, über-hip celebrity cat behaviorist, who has been known to promote the idea on his television show. What you’ll note, however, in all of these instances, is the conspicuous absence of any actual behavior studies. 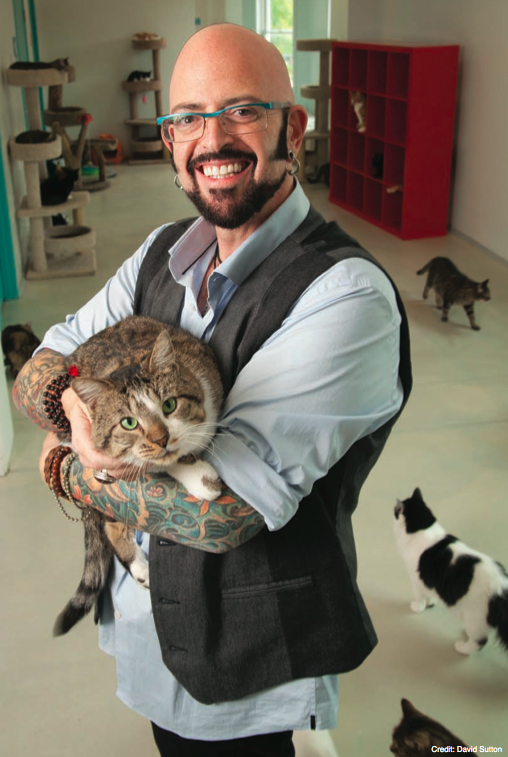 With a little more research, there’s an understandable basis for the conclusion. For example, in the Manual of Clinical Behavioral Medicine for Dogs and Cats, the behavior is highly associated with a relaxed cat. Using this argument as your logical starting point, you could infer that the animal, once relaxed, may “communicate” its affection toward us by slow-blinking while gazing at us, and that the cat would conclude the same by our blinking back at it.

Yet, when I spoke with Sarah Ellis, a cat behavior expert who appeared on Nat Geo Wild’s “The Truth About Cats”, she said the subject was still in need of more research. None among the studies she knew of hypothesized it as a communicative action on behalf of the cat. One was on the subject of techniques used by shelters to determine whether a cat was domesticated or not; in that study, slow blinking was rated highly. Likewise, in the study coauthored by Ellis herself, the behavior was given a high composite score among behaviors of a cat as indication they are likely to respond well to handling.

However, the working hypotheses here is that the behavior serves as a self-regulating measure–a purely physiological function which is meant to lower arousal in the animal performing the action, not serving an external communicative purpose. So how did the idea that “slow blinking”-as-communication become so pervasive?

When it comes to information online, you’ve heard the McLuhan axiom more than you’ve heard your own name, but that doesn’t make it any less relevant. The medium is the message, and when information appears in the right format, we don’t question it. In fact, I believe its likely I picked up the idea originally myself from one of these sites. To some degree, a stock photo of a cat (see what I did there?), a tattooed celebrity endorsement and a polished website matter a lot more than verifiable evidence or peer review.

Another, perhaps larger, issue has more to do with our general interactions with and understanding of domestic animals in the first place–as a matter of simplifying, anthropomorphizing or imagining meaning behind their behavior, we lock away our own understanding. It wasn’t until recently that it even became widely accepted that purring isn’t always positive, and there are even experts out their disputing the idea that domestic dogs’ social behaviors are dominance-based and that they have a rigid, pyramidal hierarchy.

As the jury is out, cat owners shouldn’t fret about having read into this infamous “kitty kiss”. After all, you should have plenty of snuggles, head bumps (or bunting) and grooming–more established “positive” bonding behaviors–to show you that your cat isn’t a heartless poop-machine, until there’s a more definitive answer on the purpose of the blinking behavior.